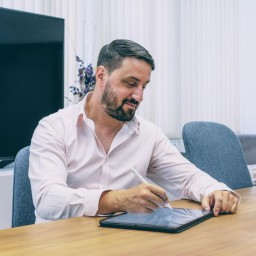 People have been playing games for millennia, one of the oldest games that are still played today like Go was invented in China 2,500 years ago. Modern video games also borrow may principles from the board games of the past, but they also introduced new concepts that sparked an explosion in popularity. Unlike board games of the past modern games incorporate emotional triggers to keep players engaged and has created new opportunities for marketers and product designers outside the gaming industry. Today many products beyond the sphere of video games capitalize on these addictive qualities to keep people fixed on their screens.

Gamification is the technique of inserting game mechanics into a non-game environment, such as websites and mobile applications. For example, if you want to encourage users to interact more with your application, you can add a game element, such as a challenge. People like having a clear goal and be rewarded after it’s achieved, so such a challenge would doubtfully pass unnoticed among the users. Hence, designers can influence behavior and motivate users as “players” to do the expected actions via game elements.

There are 5 necessary components for a gamification system to be successful. Without these components, the system will be incomplete and ineffective in attracting and retaining users.

Setting goals for users give them a sense of purpose for being in the system. Goals make us feel satisfied and empowered when we accomplish them, which is an essential component of fun.

The system must establish rules of the game, by placing limitations users are forced to think creatively to achieve the goal. Rules also prevent users from achieving the goal too quickly and encourages them to engage with the system longer. It is essential that the rules are continuous actions that users need to do and they should be integrated with the main offering of the product.

The system should provide users with feedback, especially their progress. Users should be able to visualize their performance towards achieving the goal. Feedback can be presented in various forms, such as progress bars, levels, encouraging messages, etc.

Offer rewards to users for the time and effort they poured into the system. Not only should users be rewarded after completing the goal, but also smaller rewards for small milestones to keep users motivated. Rewards act as positive reinforcement and encourage users to continue engaging with the system. The most common rewards system includes a point system that quantifies the users’ performance, badges for special achievements and a leaderboard to rank users based on the previous two.

The motivation for users to act is one of the most important factors in guaranteeing a successful gamification system. There are 2 types of motivation:

Simply practice, take lessons and tests. Although the rules are simple, the biggest challenge is keeping users engaged and returning to complete more lessons.

Duolingo rewards users by awarding badges to special accomplishments and highlight streaks to keep users motivated to return. The platform also has small rewards, such as crowns and encouraging messages to incentivize users to continue with the lessons.

The intrinsic motivation behind the platform is the sense of accomplishment of mastering a new language. Learning a new language may also help improve their careers, discover new cultures or make new friends.

Gamification taps into fundamental human desires, such as recognition, reward, status and achievement. One of the most effective human desire for gamification is competition or the desire to be a winner.

Many systems use a leaderboard to display your performance compared to other users as an incentive to increase engagement. Some systems allow users to compete with their friends in groups, which proves to be more effective when competition and peer pressure are combined.

Games can foster a community where users support each other and help each other grow in a friendly and casual environment.

Not only the leaderboard creates competition, but it also permits users and teams to compare their achievements and engage in friendly competition for rewards. Systems should make it easy for users to gain rewards in the beginning. From a psychological standpoint, this ignites engagement, while providing users with entertainment. However, leveling up should be more difficult as users are accustomed to the system to avoid users to achieve goals too early.

The brain can only handle a finite amount of information at a time before becoming overloaded. To counter this phenomenon, gamification has been indicated to clear the brain of distractions and stress.

When our mind is free, we are better equipped with learning and retaining new information. For example, when you are playing a game, you aren’t thinking about what to have for dinner because you’re focused on the game. Therefore, when you incorporate learning with games, it causes the users to be focused on key learning points.

The last principle is based on the loss aversion theory or individuals rather avoid losing than acquiring an equivalent gain. For example, people prefer not to lose $5, as opposed to gaining $5.

Loss aversion plays an important role in gamification because users who earn rewards prefer to not lose them and will continue playing to retain those rewards. For example, users may want to remain on the leaderboard and will engage with the system regularly, thus increasing user engagement.

The Icing on Top of the Cake

Designers should beware that gamification is just the icing on the cake and shouldn’t have priority above the product. If users can’t complete tasks you intended for them to complete, due to poor design, expect pitchforks and uproar, instead of confetti and celebration. Gamification will not fix a product or usability issues.

Are you ready for a creative collaboration that will transform your business?